Nokia's Centralized RAN technology eliminated uplink congestion by using du's 800 MHz and 1800 MHz bands and linking multiple LTE base cells together into cooperative clusters to improve the overall performance. This resulted in du subscribers at the event being able to share substantial amount of data at speeds close to 40% faster on average when compared to similar events held at the site in November. In addition, the technology resulted in smartphone power savings, as it required less power for uplink, leading to the phone battery lasting close to five times longer than without Centralized RAN.

Saleem AlBlooshi, Executive Vice President - Network Development & Operations, du, said: "Mobile users continuously use their devices more and more to share their life experiences with their family and friends.  Working with Nokia to deploy its solutions such as Centralized RAN helps us prepare for future bandwidth-intensive applications, while at the same time leverage our existing radio network investment."

Did you know?In the past year, Nokia Centralized RAN improved the mobile broadband user experience in nearly two million stadium seats across the world. 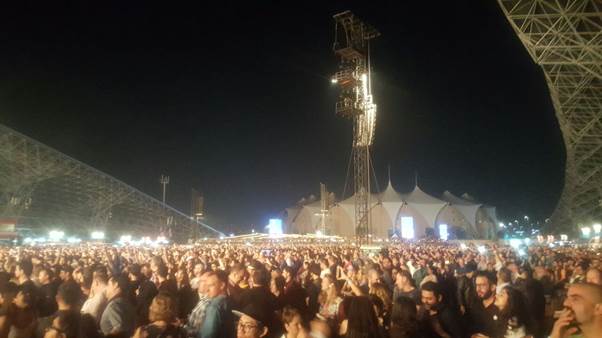 About NokiaNokia is a global leader innovating the technologies at the heart of our connected world. Powered by the research and innovation of Nokia Bell Labs, we serve communications service providers, governments, large enterprises and consumers, with the industry's most complete, end-to-end portfolio of products, services and licensing.

From the enabling infrastructure for 5G and the Internet of Things, to emerging applications in virtual reality and digital health, we are shaping the future of technology to transform the human experience. www.nokia.com